Thomas Friedman’s Thank You For Being Late: A Book Club Discussion 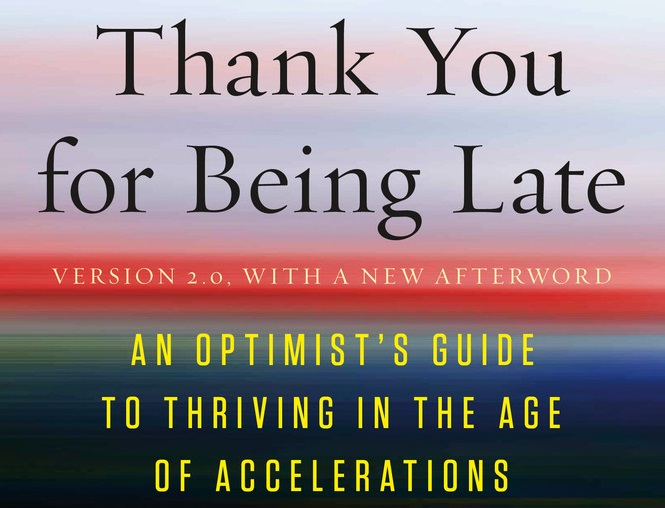 Global Minnesota is partnering with the Blandin Foundation and DEED’s Office of Broadband Development to host an exclusive book club discussion of author Thomas Friedman’s latest book “Thank You for Being Late: An Optimist’s Guide to Thriving in the Age of Accelerations.”

The Financial Times has described “Thank You for Being Late” as a “field guide to the twenty-first century.” In this book, Minnesota’s native son makes the argument that “decency,” “community,” and the “topsoil of trust” can be cultivated anywhere to anchor increasingly diverse and digital populations. Chock full of references to his childhood in St. Louis Park and Willmar, MN, “Thank You for Being Late” is Friedman’s most ambitious book – and an essential guide to the present and the future.

Join Global Minnesota President Mark Ritchie for a virtual book club discussion on “Thank You for Being Late” and about what it takes to survive and thrive through accelerating change.

Thomas’ book “Thank You for Being Late” can be purchased online including through Amazon, Barnes & Noble, and IndieBound.

Thomas L. Friedman is an internationally known author and journalist and has won the Pulitzer Prize three times for his work at The New York Times. His foreign affairs column in The New York Times reports on U.S. domestic politics and foreign policy, Middle East conflicts, international economics, environment, biodiversity, and energy. For his coverage of the Middle East, Thomas was awarded the Pulitzer Prize in 1983 and 1988 for international reporting. He was awarded the 2002 Pulitzer Prize for Distinguished Commentary for “his clarity of vision…in commenting on the worldwide impact of the terrorist threat.” In 2004, he was awarded the Overseas Press Club Award for lifetime achievement and the honorary title, Order of the British Empire (OBE), by Queen Elizabeth II. He is the author of many columns and books related to technology and society, including his most recent book, Thank you For Being Late: An Optimist’s Guide to Thriving in the Age of Accelerations 2.0.

The program will be live-streamed on Global Minnesota’s YouTube channel.

Presented in partnership with the Blandin Foundation and the Minnesota Department of Employment and Economic Development’s Office of Broadband Development.