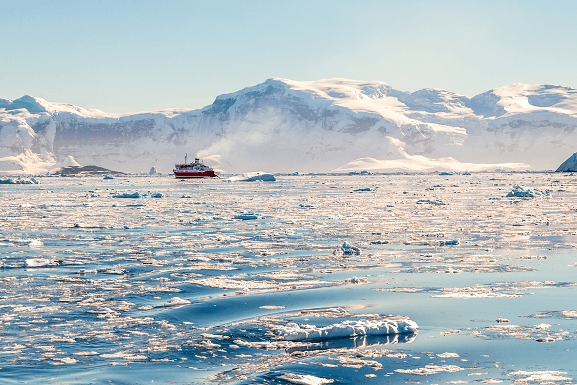 U.S. President Donald Trump left many scratching their heads when it was rumored he was looking to purchase the large island nation of Greenland from Denmark. While any potential deal seems highly unlikely, the event shows the changing opinion within the U.S. government toward engagement with the Arctic region. Because of climate change, large sheets of arctic ice are melting, exposing vast stores of natural gas and oil. With Russia and China already miles ahead with their Arctic strategies, can the U.S. catch up?

Join a discussion with Heather A. Conley, Senior Vice President for Europe, Eurasia, and the Arctic; and Director, Europe Program at the Center for Strategic and International Studies (CSIS) as she examines the future of the melting Arctic.

Heather A. Conley is Senior Vice President for Europe, Eurasia, and the Arctic and Director of the Europe Program at CSIS. Prior to joining CSIS, she served as Executive Director of the Office of the Chairman of the Board at the American National Red Cross; Deputy Assistant Secretary of State in the Bureau of European and Eurasian Affairs with responsibilities for U.S. bilateral relations with the countries of Northern and Central Europe; and Senior Associate with an international consulting firm. Heather began her career in the Bureau of Political-Military Affairs at the U.S. Department of State and was selected to serve as Special Assistant to the coordinator of U.S. assistance to the newly independent states of the former Soviet Union. She has received two State Department Meritorious Honor Awards. Heather is frequently featured as a foreign policy analyst and Europe expert on CNN, MSNBC, BBC, NPR, and PBS, among other media outlets. She received a B.A. in international studies from West Virginia Wesleyan College and an M.A. in international relations from the Johns Hopkins University School of Advanced International Studies (SAIS).