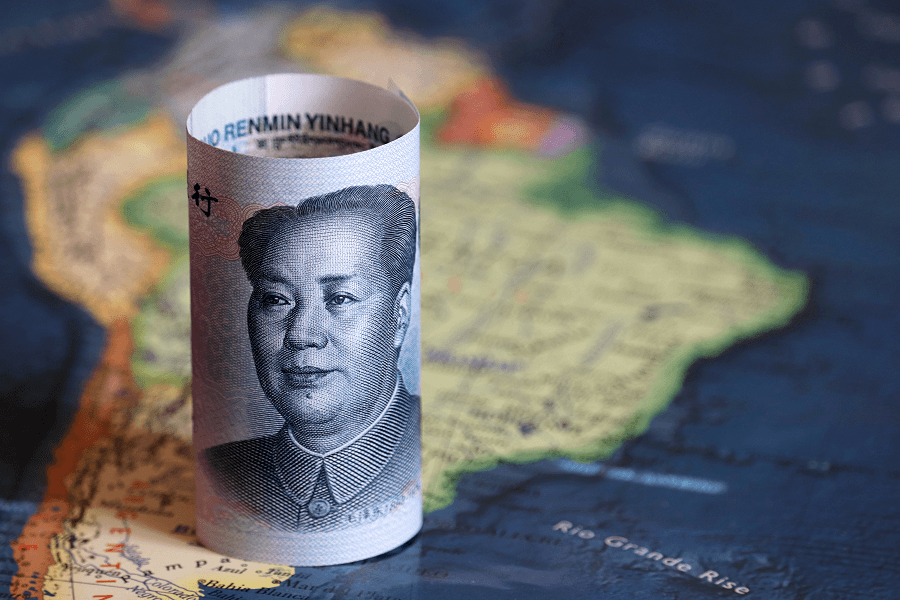 This event will be offered as a Zoom video webinar with the speaker. Register below and join this important conversation. Program access information will be sent closer to the event date.

As the Trump administration continues to withdraw from the world stage, China is looking to fill the void. How does Latin America fit into China’s “One Belt, One Road” plan? Should the U.S. be concerned about China’s growing “sphere of influence”?

Join a webinar conversation with Margaret Myers, Director of the Asia & Latin America Program at the Inter-American Dialogue, on the regional and global impact of China’s relationship with Latin America.

Margaret Myers is the Director of the Asia & Latin America Program at the Inter-American Dialogue, where she has established the China and Latin America Working Group to examine China’s growing presence in Latin America and the Caribbean. Margaret has published numerous articles on Chinese leadership dynamics, international capital flows, Chinese agricultural policy, and Asia-Latin America relations. She has testified before the House Committee on Foreign Affairs on the China-Latin America relationship and is regularly featured in major domestic and international media, including the Economist, New York Times, Wall Street Journal, Folha de São Paulo, CNN en Español, CCTV, and Voice of America. Prior to joining the Dialogue, Margaret worked as a Latin America analyst and China analyst for the U.S. Department of Defense. She also worked as a senior China analyst for Science Applications International Corporation, a consultant for the Inter-American Development Bank, a faculty member at Georgetown University, and for Fauquier County Schools, where she developed the county’s first Mandarin language program. Margaret received her bachelor’s degree from the University of Virginia and conducted graduate work at The George Washington University, Zhejiang University of Technology, and the Johns Hopkins University/Nanjing University Center for Chinese-American Studies. She is a member of the Council on Foreign Relations and was the recipient of a Freeman fellowship for China studies and a Fulbright Specialist grant to research China-Colombia relations in Bogotá.