As relations between the United States and China grow more tense, avenues for continued peace and understanding are critical. This Global Conversations unites two experts for dialogue and discussion on this crucial relationship. Dr. Yawei Liu, is Senior Advisor for China at The Carter Center and David Firestein is President and CEO of the George H. W. Bush Foundation for U.S.-China Relations. They will share their insights, reflections, and hopes for a future that includes the United States and China coexisting peacefully.

This webinar will have ASL Interpreters and Closed Captioning. 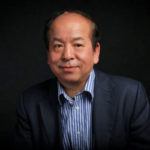 Yawei Liu is the senior advisor for China at The Carter Center and a member of the Council on Foreign Relations. He is also the associate director of the China Research Center in Atlanta and an adjunct professor of Political Science at Emory University. He is the founding editor of www.chinaelections.org which went online in 2002. He launched the US-China Perception Monitor websites [www.uscnpm.org (English) and cn3.uscnpm.org (Chinese)] in 2014. Yawei earned his B.A in English literature from Xian Foreign Languages Institute (1982), M.A. in recent Chinese history from the University of Hawaii (1989) and Ph. D. in American History from Emory University (1996). 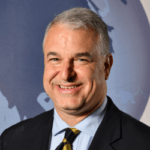 David J. Firestein is President and CEO of the George H. W. Bush Foundation for U.S.-China Relations. and a founding and current member of the Foundation’s Board of Directors. He previously served as executive director of The University of Texas at Austin’s (UT) China Public Policy Center (CPPC) and a clinical professor at UT’s Lyndon B. Johnson School of Public Affairs. He served as senior vice president and Perot Fellow at the EastWest Institute where he led the Institute’s work in the areas of U.S.-China relations, East Asian security, and U.S.-Russia relations.

A decorated career U.S. diplomat from 1992–2010, Mr. Firestein specialized primarily in U.S.-China relations. Toward the end of his State Department career, he served as an elected member of the Board of Governors of the American Foreign Service Association (AFSA), the union and professional association of the United States Foreign Service. In this capacity, he represented and worked to advance the interests of several thousand State Department constituents. He also served as the elected president of the large community associations of the U.S. embassies in Beijing and Moscow. In recent years, Mr. Firestein has briefed sectors of the U.S. investment community on China and U.S.-China relations