On Exhibit: “When Minnesota Fed the Children of Europe” 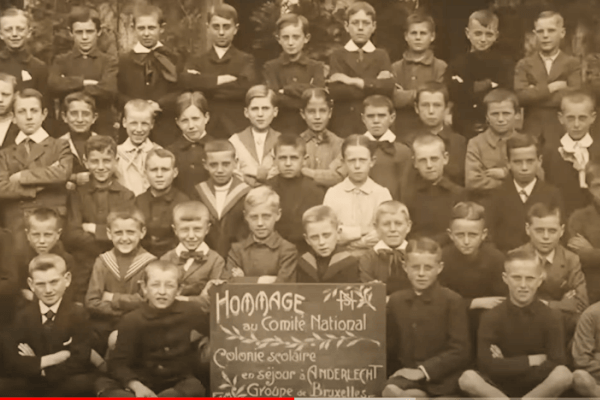 A special exhibit at MSP Airport notes the contributions of Minnesota to hunger relief in Europe during and after World War I. The exhibit is available for viewing into fall of 2021.

During World War I, many people in Europe faced starvation due to the German occupation and British blockade. In response, a Commission for Relief in Belgium was created to help feed children and mothers in Belgium and northern France. More than half of the food aid that went to Europe was wheat and wheat flour, much of it coming from the farmers and flour mills of Minnesota. This hunger relief effort became one of the largest humanitarian efforts in history, feeding more than 150 million Europeans from France to Russia between 1914 and 1923.

Children from Belgium sent letters of gratitude to American children. A selection of these letters has been translated and used to create a powerful exhibit shown across the United States.

Presented in partnership with the Consulate General of Belgium in New York City, the Embassy of Belgium, the French American Chamber of Commerce of Minnesota, the Mall of America, Wafels & Dinges, and Wallonia-Brussels International (WBI).