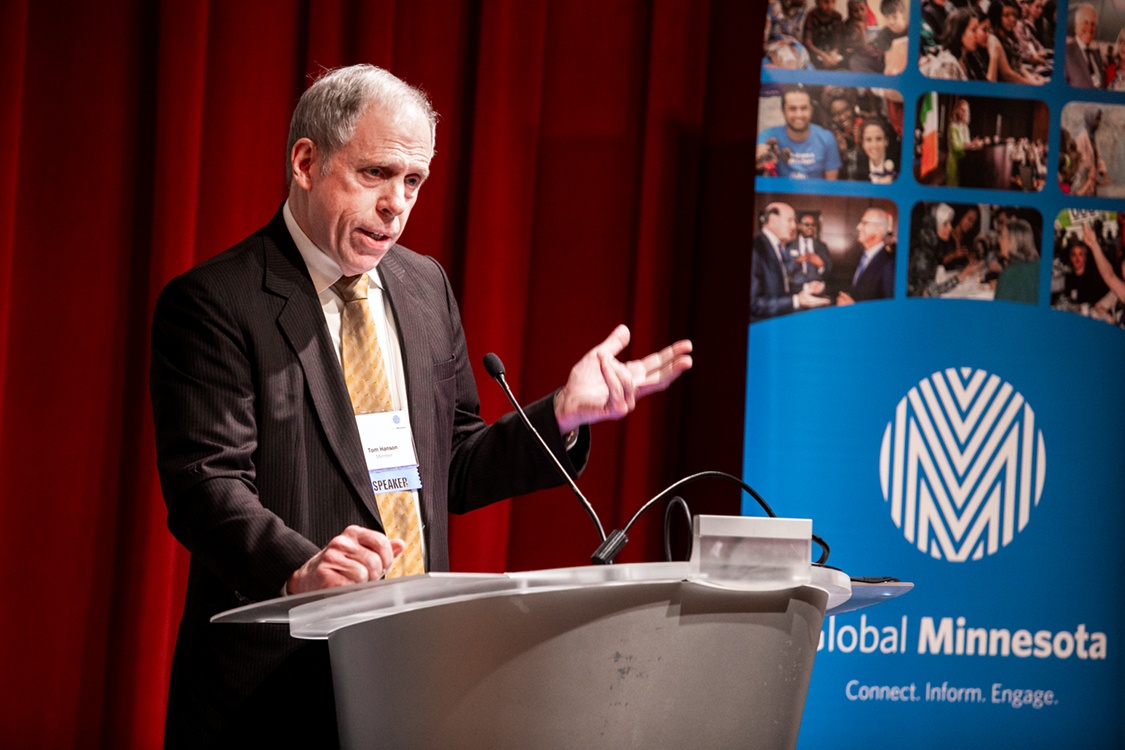 The planned inauguration of Joe Biden as U.S. president indicates a dramatic separation from the priorities, tone, and style of the Trump Administration, with possible implications for trade, national security, alliances, and multilateral cooperation on global issues such as climate challenges, immigration, and COVID-19.

Join us on January 13 for a timely and thought-provoking presentation by Tom Hanson, former U.S. Foreign Service Officer and current Diplomat-in-Residence at the University of Minnesota Duluth.

The program will be presented virtually and will include a Q&A session with Tom, moderated by Molly Hayes Baril, advisor for global engagement at the Humphrey School of Public Affairs.

Want to use a voucher?

Do you have an event voucher to use? You can use it to attend the U.S. Foreign Policy Update for FREE! Pease email Emily Opara, Development Coordinator, to receive a special registration link to join us for free.