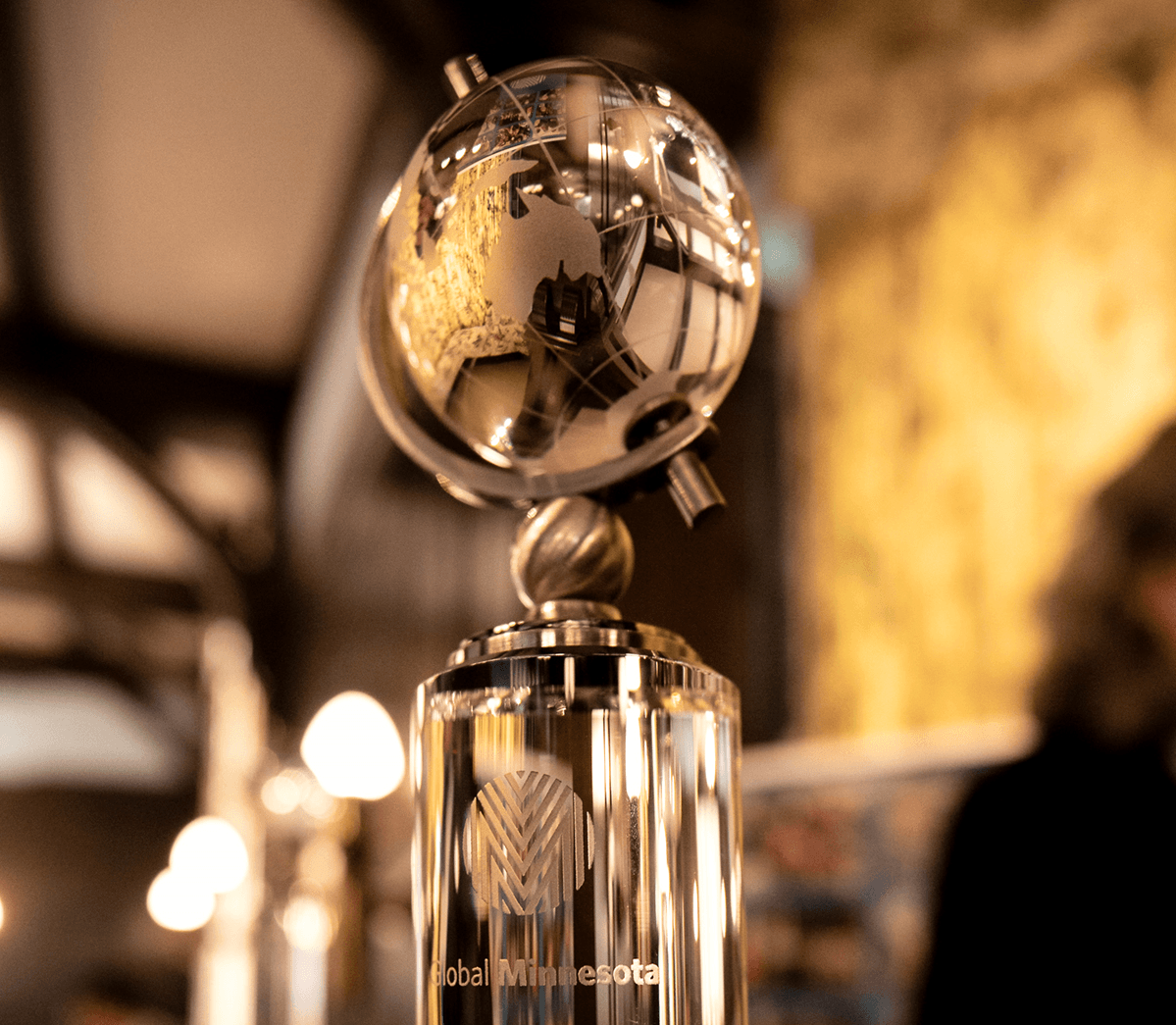 Online registration is closed. If you have questions about space availability, please call us at 612.625.1662.

You are cordially invited to our annual Ambassador Awards luncheon. Please join us as we honor this year’s recipients:

Bill George’s (Medtronic) and Warren Staley’s (Cargill) commitment to the inauguration of Global Minnesota’s Corporate Member program provided leadership in building critical relationships with Minnesota’s business community. They recognized the importance of growing Minnesota’s international profile and building global opportunities across the state. In addition, each has committed personally to the mission of the organization and actively engaged in the ongoing work of Global Minnesota.

Funds given in honor of Bill George and Warren Staley will be added to the Global Minnesota Distinguished Ambassador Fund, which makes it possible to bring high-level dignitaries and speakers to Minnesota to engage with our community.

About William W. (Bill) George
Bill George is a Senior Fellow at Harvard Business School and is the former Chair and Chief Executive Officer of Medtronic. He is the author of Discover Your True North and The Discover Your True North Fieldbook, Authentic Leadership, True North, Finding Your True North, 7 Lessons for Leading in Crisis and True North Groups. Bill has previously served on the boards of Goldman Sachs, Mayo Clinic, ExxonMobil, Target, Novartis and The World Economic Forum USA. In 2014, the Franklin Institute presented Bill with the Bower Award for Business Leadership. He was elected to the National Academy of Engineering in 2012 and was named one of “Top 25 Business Leaders of the Past 25 Years” by PBS. Mr. George received his BSIE with high honors from Georgia Tech, his MBA with high distinction from Harvard University, where he was a Baker Scholar. He has received honorary PhDs from Georgia Tech, Mayo Medical School, University of St. Thomas, Augsburg College, and Bryant University.

Warren Staley is a Founder and Partner of O’Brien-Staley Partners and is the former Chairman and Chief Executive Officer of Cargill. He joined Cargill as a trainee in 1969 and held various merchandising and administrative positions in corn milling in the U.S. and in Europe and was head of Cargill in Argentina, president of Worldwide Feed, and president of North America and Latin America. He is a volunteer for Habitat for Humanity and the current Board Chair of Music Academy of the West. Warren previously served on several boards including U.S. Bancorp, Target, Opportunity International, Minnesota Early Education Foundation, and the Greater Twin Cities United Way, where he and his wife Mary Lynn served as Co-Chairs for the 2002 Campaign. Warren received a bachelor’s degree in electrical engineering from Kansas State University and his MBA from Cornell University.