“We Are Vulnerable But We Have To Find the Courage” 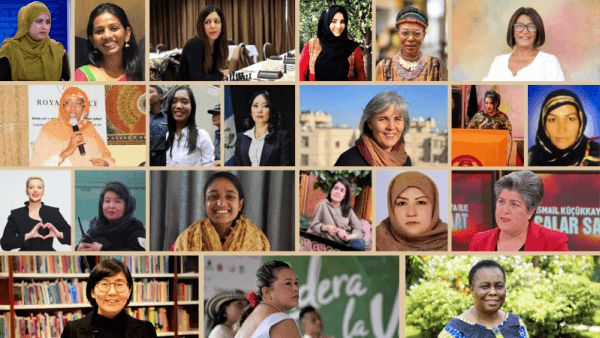 In our work to link cultures and people worldwide, some days come easier than others.  The sobering truth, the grounding reality, is that what we face as an organization cannot ever surpass the daily risks and challenges that face those we often encounter.

Such is the case for our collaboration with the U.S. State Department’s annual recognition of the International Women of Courage.  Established in 2007, this award honors women around the world—now more than 155 women from more than 75 countries—who demonstrate “exceptional courage, strength, and leadership in acting to bring positive change to their societies, often at great personal risk and sacrifice.” 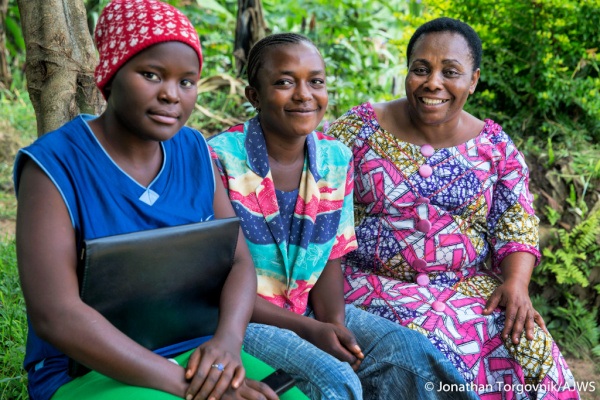 This year Global Minnesota is honored to host two 2021 International Women of Courage recipients. Honorees participate in International Visitor Leadership Program virtual exchanges to connect with American communities, universities, businesses, nonprofits, and more. Working with other nonprofits we facilitated three meetings this April, with the intent that the perspectives from these organizations could intersect with the decades-long work of Julienne Lusenge and Maximilienne C. Ngo Mbe, the two exceptional women we hosted.

The stories, the lives, and the work of these two women should serve as inspiration for everyone who thinks they may be having a tough day. That is not to diminish the tough day, only to lift up those facing hardship or fear or worry—the very things that often require courage.

Julienne Lusenge has actively fought against violence against women for decades. The stories are numerous, the risk has been huge. When war broke out in the eastern Democratic Republic of Congo in the late 1990s, she was a broadcaster working to bring information on health care and human rights to families in remote areas. She travelled from village to village, interviewing women and sharing their stories in radio broadcasts. As the war escalated, her outrage also escalated, as women revealed the rape, sexual slavery, and forced recruitment of their children as soldiers. Ms. Lusenge and her women colleagues created Female Solidarity for Integrated Peace and Development, an organization funded at the time only by their own resources and dogged determination. They walked as much as 15 kilometers (9+ miles) to reach women. They documented the abuses and challenged leaders of armed groups in writing, demanding an end to violence against women. “When armed groups confront one another, it is the women who pay,” Ms. Lusenge has said. “Women’s bodies are used as battlefields, and this must end.” 1 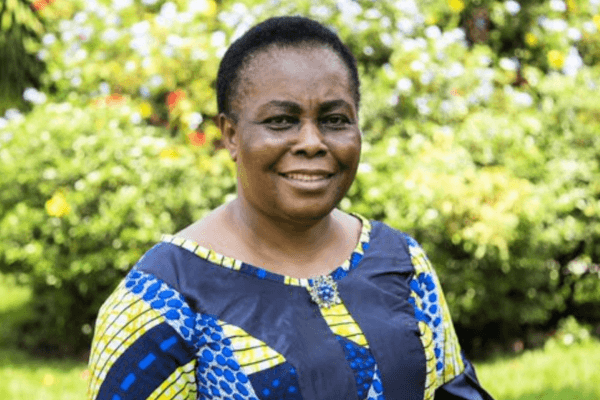 That confrontation took a toll. She worked for 26 years in the in eastern Congo as a journalist. But in 2002, because of threats from armed groups, she was forced to flee 90 miles north, leaving everything behind. In 2008, she was threatened and displaced again, losing everything once more.

Working against violence has multiple facets. Ms. Lusenge actively seeks to end the violence, promote acceptance of survivors into their communities, and combat the poverty that tangibly stifles women from achieving safe lives.  The work is extensive: A 2011 study published in the American Journal of Public Health estimated 48 women were raped every hour in the Congo. 2

Over the course of decades, some progress has been achieved. Yet, “In the developed world, women fought and struggled to gain their rights and eventually created a space in which these rights could be expressed. Violence does indeed occur in the developed world, but it cannot be compared to what is happening in countries that are plagued with persistent, systematic conflict,” Ms. Lusenge has written. “To use my country, the Democratic Republic of the Congo, as an example, violence and conflict are directly tied to context. Armed groups still use sexual violence as a weapon of war to humiliate people and force them to leave their homes. Soldiers from the national army and United Nations peacekeepers have also committed acts of sexual violence.” 3

Other related barriers to progress are also systemic, she says. “We are always concerned about the UN — which is constantly promoting ideas, texts, conferences and resolutions that do not result in realistic changes in the lives of women and girls. Take, for example, the goal of eliminating poverty throughout the world; we’ve been talking about doing this and how to do it for a long time, but nothing has changed… the Congolese live on less than a dollar a day. A woman often has to feed more than 10 people every day. What can the UN do about this? Doesn’t it know by now what it needs to do to help our country?” 3

Her work extends across many organizations, including the Congolese Women’s Fund, which she founded and directs. Outside funding has increased, but still the need is great. “In the Congo, you have to literally pay for justice, and if a woman does not have the money, there is no hope for her.” Her organization pays the court fees for women who have experienced sexual violence. “Our organizations also provide information to women about family planning, the birthing process and other useful facts…In the developed world, there is no comparison…Change in our country must therefore come from us: We know our problems best. That’s the message we give every day to the international communities, yet no one understands. We know the actors involved and the problems at hand; what we need is the resources to take action. The international community can walk alongside us and provide support when appropriate.” 3

Julienne Lusenge daily walks the walk of an advocate for peace and justice. We look forward to the day her work garners the support it needs to build lasting justice for women in the Congo.

Maximilienne Ngo Mbe is the Executive Director of the Central Africa Human Rights Defenders Network in Douala, Cameroon. Within her 10 year tenure, she has faced violence, burglaries, and smear campaigns. Her children live in France, in exile to protect them from the violence. 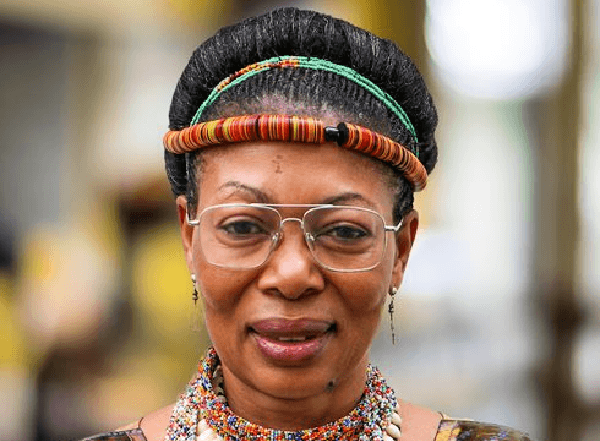 She daily campaigns for the status and safety of defenders and other advocates of human rights throughout Cameroon and Central Africa. Her fight for fundamental freedoms—including peace, security, and justice—occurs on many levels and within the context of civil and political strife.

Her work, in essence, moves forward on two principles: “Conflicts are resolved with negotiations, not war,” and “Never give up.”

She has written extensively to call for nonviolence in Cameroon, even as violence escalated there this month. At its core, the conflict is between Anglophone and Francophone citizens and leaders. “Anglophone Cameroonians in the country’s northwest and southwest regions have been discriminated, marginalised, assimilated, and persecuted by the majority Francophone population and the government. They have felt like second-class citizens in their own country: Kept out of jobs and educational opportunities, politically and economically discriminated against, culturally ignored…Anglophone teachers and lawyers peacefully demonstrated for education reform, for having common law-trained judges in the courts in the Anglophone regions, and to have judges who speak English. The government responded harshly, leading some Anglophones to call not just for more autonomy but for independence from Francophone Cameroon.” 7

The nearly five-year conflict between government forces and armed separatists has displaced more than 700,000 civilians and forced another 63,800 across the border to Nigeria. 6

The Central Africa Human Rights Defenders Network works for the release of all English-speaking individuals who are imprisoned but never tried before a court. In many instances, these are the lawyers who defend human rights victims and the journalists who write about the issue. They work to revamp the legal system, primarily focusing on anti-terrorism laws, and also the implementation of those laws. This includes the respect for such laws within executive and judicial branches.

Groups such as Amnesty International, Human Rights Watch, and others face opposition from within centers of power in Cameroon, Ms. Ngo Mbe notes. Commissions such as hers that are based within Cameroon face even greater opposition. “All over the world, human rights commissions are often accused. There is no exception when it comes to Cameroon, especially on those commissions who do their work effectively. The truth is that they (the government) deform and lie against such commissions…when they get to a level that they cannot corrupt they go to the extent of levying threats.” 4 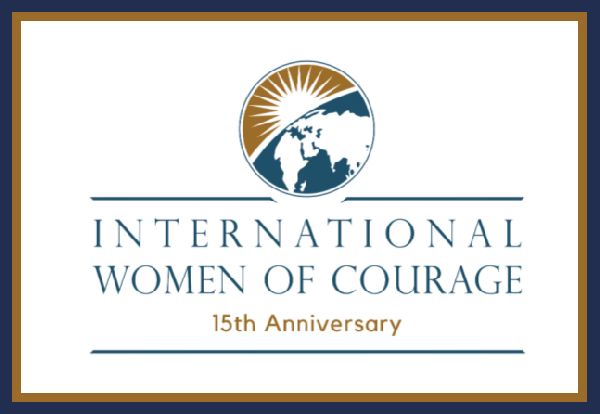 Faced with the ongoing concerns over members of her organization under arrest as well as the struggle to protect human rights in many parts of Africa, she has sent forth a call of support to others.

“To all women human rights defenders: Here I speak with authority. We are the ones who can lead to change when it comes to human rights violations and violence. We are vulnerable, but we have to find the courage. Courage is the only way.

“We know our challenges, we are aware of our skills, and we are conscious of our weaknesses. We need to highlight and use our skills. We have them, and we have to be united.” 5

In whatever tough days may lie ahead for any individual or organization, that call for awareness seems good advice for all.

3. From the Congo to the UN: ‘Hear the Cries of Women and Girls’ – PassBlue

7. The Crisis In Cameroon Can Still Be Resolved Peacefully