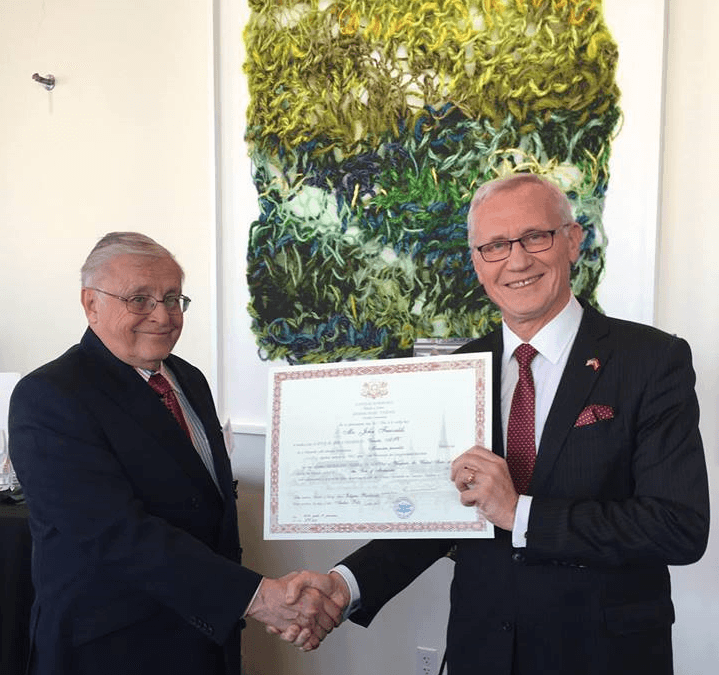 The opening was attended by more than 70 guests including other honorary consuls, local government, business, and Latvian community representatives.

The Ambassador was in Minneapolis for a two-day visit. During his first day, he visited local Latvians and met with Global Minnesota President Mark Ritchie.

Photo credit: Embassy of the Republic of Latvia to the United States of America